e-VITA is a large international project between Europe and Japan with the goal of designing and developing an interactive coach for active and healthy ageing which not only recognizes the user’s actions and changes in the user’s environment but also is capable of interacting with the user using natural language.

One of the challenge in creating elder adult natural interaction with agents is to combine a social setting with a tailored dialog model to the tasks to provide trusted and factual information. This means that the digital agent needs to be engaged emotionally with an entertaining conversation but also needs to ensure that the information provided is correct.

In order to build a smoother and more fluent interactive system between agents and older adults, listening is an important part of the conversation. Also silence, which has often been considered problematic in dialogue management, can be an important aspect in dialogues. In Japan for example, silence is fully accepted in human-human interactions. 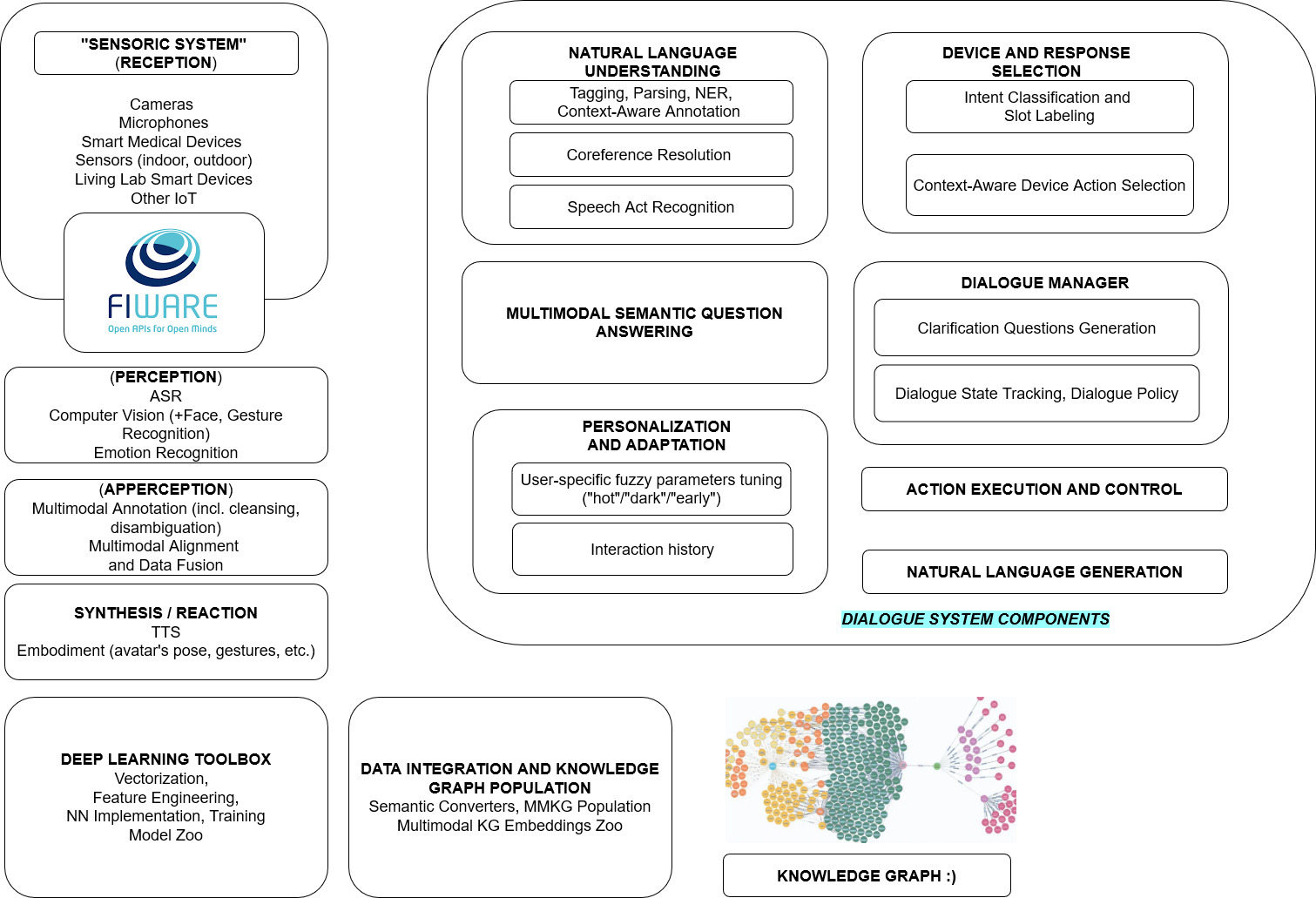 One of the solution for collecting data is to provide a prototype and experimentation with real users in real settings, by creating a dynamic process of participatory design in real life settings. To involve end users in the development and data collection, asking them to test, experiment and give us information on how they would like to interact, what vocabulary they want to use, will help in the technical development of the system but also make older adults more familiar with the technologies and reduce fear to the system.

As a future view of conversational agents in Digital Europe and Japanese Society 5.0, digital agents will have to be seen not only as a tool, but will have a real role to play in society, as a cooperative agents that can cross the boundaries between humans and robots. e-VITA will support this idea with a great focus on dialogue management and natural language processing.